October is National Cybersecurity Awareness Month, a collaborative effort by government and industry to ensure that both individuals and businesses have the information and resources they need to fight digital crime. Given the importance of that effort, TAG was honored to be selected by the National CyberSecurity Alliance (NCSA) as a Cybersecurity Awareness Month Champion for its work as the ad industry’s Information Sharing and Analysis Organization (ISAO) and efforts to create a threat sharing infrastructure in our industry.

Mike Zaneis and Danielle Meah, TAG’s new Director of Threat Intelligence, spoke with cybersecurity website Dark Reading this month about how far the industry has come in tackling threats and where it needs to go next. An excerpt of that conversation follows:

Even today, large botnets are conducting advertising fraud. The anti-fraud industry is tracking one mobile-device botnet using mobile devices that has caused millions in damages, according to Danielle Meah, Director of Threat Intelligence for the Trustworthy Accountability Group (TAG), a nonprofit industry initiative to stop advertising fraud.

"Not only are the attackers adapting to the defenses being put in place, but there is a lot of creativity and ingenuity from the actors in this space," she says. "Normally, if something didn't work, they would go away. Now it is more frequent they pop up, and they try to target the same organization again."

With the digital advertising market hitting $125 billion in 2019, and set to grow 6% in 2020, the allure for fraudsters will continue.

The online advertising industry is made up of a complex web of businesses, advertising networks, and media properties, which are so competitive that historically the lack of ethical practices has been problematic. …

That's no longer the case, says Mike Zaneis, president and CEO of TAG.

"There was kind of this crime of omission, where you just kind of turned a blind eye, because if you were on the sell side, it may financially benefit you," Zaneis acknowledges. "That's not the case anymore. Because companies know ... who the bad actors are, especially on the sell side, and they don't do business with them anymore."

On October 1st, TAG held its fifth annual “State of the Fight” briefing to update the TAG community and the industry on the status of key initiatives, the progress made over the last year, and the outlook for the year ahead.

TAG CEO Mike Zaneis and COO Rachel Nyswander Thomas discussed the major events over the last year, capped by the combination of TAG and JICWEBS and the opportunity it created to establish a truly global brand safety certification program. They also shared the new program hierarchy for TAG, which rests on the three pillars of eliminating fraudulent traffic, sharing threat intelligence, and promoting brand safety, as highlighted on TAG’s new website.

Over the last year, TAG has grown to include more than 675 member companies around the world, operating on six continents and based in 34 different countries. A full 30% of TAG’s membership is now based outside the United States, highlighting that global reach.

As the community has grown globally, so have TAG’s certification programs, including a 300% increase in TAG Certified Against Fraud companies in Europe over the last two years. Half of TAG’s member companies now hold one or more TAG certification seals, with many certifying their global operations. TAG’s global expansion has also been strengthened by regional partnerships, such as its new collaboration with the China Advertising Association.

Zaneis and Thomas also shared a broad look at the accomplishments of the past year and plans for the next one, including:

During the briefing, TAG executives walked through the calendar and deadlines for 2021 recertification, including the January 31st deadline to apply.

If you’d like to review TAG’s Community Briefing in more detail, following are links to view the presentation and the briefing deck.

From “ABC to Oversee UK AV and Viewability Rules” in ResearchLive:

The decision follows the merger of Joint Industry Committee for Web Standards (JICWEBS) and the Trustworthy Accountability Group (TAG) earlier this year. The two organisations have merged under the TAG name.


From “Programmatic Has Moved from the Margins to the Mainstream” in Campaign Asia:

Of course, trust is not just a concern for end users. It's a big issue for buyers/advertisers too. They want to know exactly who the sellers are, and where they are placing the ads. They want to ensure brand safety and prevent fraud.

A number of industry initiatives are helping. In the App Annie webinar, Evelyn Tay, business development director mobile at OpenX, referred to some of the most effective initiatives. Amongst those she cited included Ads.txt (a text file that lets buyers to check the validity of sellers), sellers.json (lets buyers identify the final seller of a bid request) and Trustworthy Accountability Group (a global initiative to fight ad-tech crime).

From “Pinterest Joins Brand-Safety Group to Bolster Position as a Positive Place for Ads” in Mobile Marketer:

Pinterest joining GARM, which was unveiled by the World Federation of Advertisers last year at the Cannes Lions Festival, comes as marketers grow increasingly worried about brand safety on social media and threaten to shift their dollars elsewhere if the space doesn't clean up shop. The concern is valid, as consumers are likely to form a bad impression of brands whose ads appear near objectionable or hateful content.

Eighty-seven percent of U.S. consumers said they would cut spending on products whose ads appeared near objectionable content, and 58% would stop buying them altogether, according to a survey by Trustworthy Accountability Group and the Brand Safety Institute. 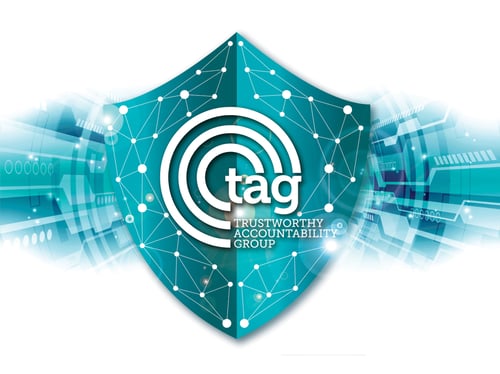