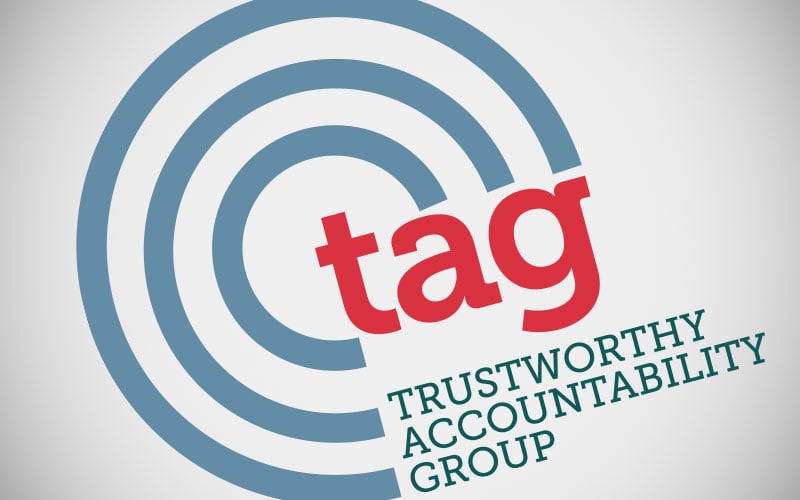 4 core areas of work are:

The TAG Leadership Council is, in effect, the operational decision-making body for the organization, as it determines and oversees development for the products and initiatives that will best advance TAG’s mission and fulfill the Board’s high-level direction.

Michael S. Zaneis was appointed President and CEO of the Trustworthy Accountability Group (TAG) in July 2015, leading TAG’s efforts to eradicate digital advertising fraud, malware, ad-supported piracy, and to increase transparency across the digital advertising supply chain. In its first year, the organization successfully launched programs to combat criminal activities in each of these areas and has garnered widespread support throughout the industry.

Prior to taking the helm at TAG, Mike served as the Executive Vice President and General Counsel for the Interactive Advertising Bureau (IAB).  He created the organization’s first Public Policy Office, headquartered in Washington, D.C. During his tenure, the IAB tripled its revenue and membership, and under his guidance, the Public Policy Office grew to become the leading voice for the digital advertising industry on legislative, regulatory, and legal issues.  He often represented the industry before the United States Congress, federal regulatory agencies, international legislative bodies, and at public conferences. As General Counsel for the IAB, Mike oversaw internal legal operations of the organization and provided leadership on key judicial proceedings impacting the interactive advertising industry.

Prior to joining IAB, Mike served as Executive Director of Technology and E-Commerce at the U.S. Chamber of Commerce, the world’s largest trade association. As the chief technology and telecommunications lobbyist, he oversaw issues affecting the business community pertaining to online and consumer privacy, data security, telecommunications, intellectual property, counterfeiting, piracy, and e-commerce. He received his bachelor’s degree from Michigan State University and both his Juris Doctor and Masters in Public Policy from Georgetown University. Mike has served as an adjunct professor for Georgetown’s McCourt School of Public Policy.

Rachel Nyswander Thomas is COO of the Trustworthy Accountability Group (TAG). Rachel has spent her career studying, creating and implementing digital policy in the academic, private industry, and non-profit sectors. Prior to joining TAG, Thomas served as Vice President of Advocacy & Accountability at the Direct Marketing Association (DMA), advocating DMA’s data policy agenda before Congress and federal agencies on behalf of thousands of business and nonprofit organizations. She served concurrently as Executive Director of DMA’s Data-Driven Marketing Institute (DDMI), facilitating academic teams in conducting independent research exploring how the responsible use of consumer data shapes industry, society, and the economy.

Rachel earned a Bachelor of Arts in the Humanities from Yale University and a Masters of Policy Management from Georgetown University’s McCourt School of Public Policy. She has held the Certified International Privacy Professional (CIPP) distinction from the International Association of Privacy Professionals (IAPP) since 2008.  Her scholarship on cybersecurity public-private partnerships has been published by the Center for Strategic and International Studies and Thomson Reuters Press.

Nick Stringer is Vice President of Global Engagement and Operations. Nick’s role is to expand TAG’s footprint across the globe and to ensure a consistent international approach to tackling criminal activity in the digital advertising supply chain. Nick is responsible for TAG’s European Office and is based in London, United Kingdom.

Between 2008-2015, Nick was Director of Regulatory Affairs at the Internet Advertising Bureau UK (IAB UK), establishing IAB UK’s public policy and regulatory affairs department and spearheading the digital advertising sector’s efforts to grow within an optimal policy and regulatory environment. This included the development of various UK and EU good practice initiatives such as on privacy, native advertising, display advertising trading, copyright and social media. It also included advocacy – both at UK and EU level – on privacy and data protection legislation, including the EU ePrivacy Directive and General Data Protection Regulation (GDPR). Between 2009-2015, Nick was also Vice-Chair of IAB Europe’s Policy Committee. Between 2013-17, Nick chaired the European Interactive Digital Advertising Alliance (EDAA), the sister body of the DAA, which administers the EU industry initiative on interest-based advertising. Nick is a Certified International Privacy Professional in Europe (CIPP-E).

Prior to IAB UK, Nick worked at leading UK mobile network operator, Orange (now EE), leading public policy issues across both mobile and broadband sectors. He has also worked in the UK Parliament.

Nick earned a BA in Politics from the University of Newcastle upon Tyne in the United Kingdom.

Michael Hahn is General Counsel at the Trustworthy Accountability Group (TAG).  Michael has responsibility for all legal matters, including the direction of legal strategy, antitrust compliance, intellectual property rights issues, and general corporate and contractual matters.  Michael is also responsible for serving as an advocate for the industry on common legal issues affecting member companies.

Previously, Bonnie was a management consultant with PRTM and an aerospace systems engineer (aka certified rocket scientist) for Orbital-ATK, supporting business development and directing testing and mission operations for several NASA and commercial satellites.

Bonnie earned an MBA in Marketing and Strategy from the Wharton School at the University of Pennsylvania, an MS in Engineering from Stanford University and an SB in Mechanical Engineering from MIT. She has also held an IAB Digital Media Sales Certification since 2015.

In his current role, Jamie oversees TAG’s membership services, including the associated technologies and automation. He serves as a project manager and product owner of the technical systems that support TAG’s members. Jamie interacts with the entire membership to fully integrate them into TAG’s working groups and initiatives in order to ensure the right strategic direction is being taken, while molding the TAG experience for both new and current member companies.

Previously, Jamie worked for MK Enterprises Inc, streamlining their operations, driving sales, and consolidating resources. He restructured the company’s operational and sales strategies which resulted in the successful sale of the company.

Jamie earned his Bachelor of Science in Psychology from St. Lawrence University, in Canton, NY, specializing in environmental psychology. He was also captain of the varsity crew team.

Todd Miller is the Director of Compliance at the Trustworthy Accountability Group.  In this role, Todd is responsible for member compliance with TAG’s best practices and industry guidelines. Prior to joining TAG, Todd has been the Compliance Officer at RhythmOne, CJ Affiliate and Online Intelligence, and was responsible for developing policies and procedures for clients ranging from Apple to Zappos.  He has over fourteen years of experience working to ensure quality and compliance for online advertising companies, which independent third-parties consistently rated as among the safest in the industry.  Previously, Todd was Senior Producer for Web Development at Addictive Media/NetLojix Communications in Santa Barbara, CA, working with clients such as Disney, the United Nations and Sony Entertainment.

Dominique Matthews is Manager of Operations & Member Services at the Trustworthy Accountability Group (TAG). She has over 13 years of proficient experience (within the Consumer Reporting Agency <CRA> industry) in client and customer service, combined with 3 years of management experience in Compliance and Data Operations. She founded the mainstream of her experience and practices throughout her, nearly 13-year, employment tenure with CoreLogic SafeRent (formerly known as First Advantage SafeRent); of which she held the titles of a Data Quality Analyst Sr., Client Services and Compliance Analyst Sr., and the Data Operations Manager, from August 2004 until July 2017. Dominique has increased on past performances of success in accomplishing a vast range of goals, deadlines and advancements throughout a broad range of conditions; including, but not limited to maintaining departments functions and operations, with limited resources, while undergoing more than one company acquisition.

He has over six years of industry experience in digital advertising, TV advertising, media, and client services. Prior to joining TAG, Matt served as an Programmatic Account Executive at OwnerIQ where he would prospect, evaluate, and identify best opportunities by engaging agency and client direct decision makers at all levels.

Previously, Matt served as an Account Manager and Sales Assistant at Cox Media Group. While as an Account Manager, Matt supported two Account Executive and one Sales Manager by ensuring media campaigns ran correctly throughout each quarter.  He was also the direct connection between 15 national television stations and various New York City agencies, where he would manage the relationships between both parties. As a Sales Assistant, Matt maintained orders for affiliates of ABC, NBC, CBS, and Fox.

Matt earned his Bachelor of Arts in Journalism/PR from Monmouth University, in West Long Branch, NJ. He was also part of the Men’s Soccer program which were ranked as high as #4 in the country NCAA Division 1 Schools. 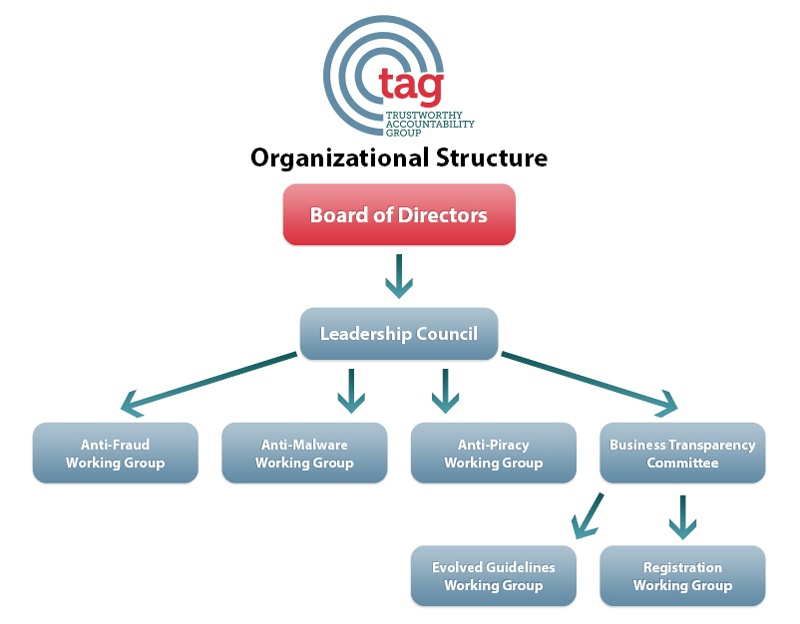