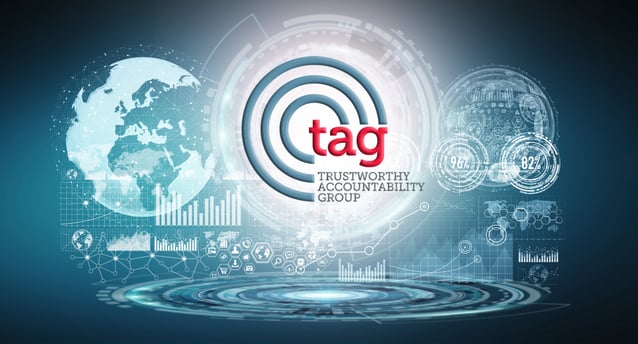 Washington, DC – November 2, 2020 – The Trustworthy Accountability Group (TAG), the world’s leading program to fight criminal activity and protect brand safety in digital advertising, today released its 2020 US fraud benchmark study, showed a dramatic 90% reduction of ad fraud in TAG Certified distribution channels. Conducted by The 614 Group, the study found an IVT rate of just 1.05% across TAG Certified channels, compared to the industry average of 10.83%, based on blended IVT rates from MRC-accredited anti-fraud vendors.

This year’s study was the first to include analysis of fraud across the connected television (CTV) space, and it found that use of TAG Certified Channels offered similarly strong protections against fraud with only 0.6% IVT in that new channel. Over the four years in which the studies have been conducted, IVT rates in TAG Certified Channels have dropped from 1.48% in 2017 to a new low of 1.05% in 2020.

“Criminals usually profit during times of disruption and turmoil, but the commitment of TAG members to aggressive anti-fraud standards has helped us continue to drive strong progress this year against fraud,” said Mike Zaneis, CEO of TAG. “As advertising budgets were reduced, measurable business results have become even more critical, so we’re pleased that this research demonstrates how use of TAG Certified Channels can have a positive impact on the bottom line. We may never eliminate fraud completely, but our industry’s continued collaborative efforts will keep fraud rates predictable, manageable, and low.”

The TAG Certified Against Fraud Program was launched in 2016 to combat invalid traffic in the digital advertising supply chain. Companies that are shown to comply with the Certified Against Fraud Guidelines are awarded the Certified Against Fraud Seal, which they can use to publicly communicate their commitment to combatting fraud. Over the last four years, certification standards have been strengthened annually to raise the bar on industry practices with the addition of new requirements, including the use of ads.txt by direct buyers and intermediaries, independent validation when certifying European or global operations, app threat filtering for companies working within in-app environments, and – coming in January 2021 – an expansion of the existing obligation to filter and remove both GIVT and SIVT from 100% of monetizable traffic. 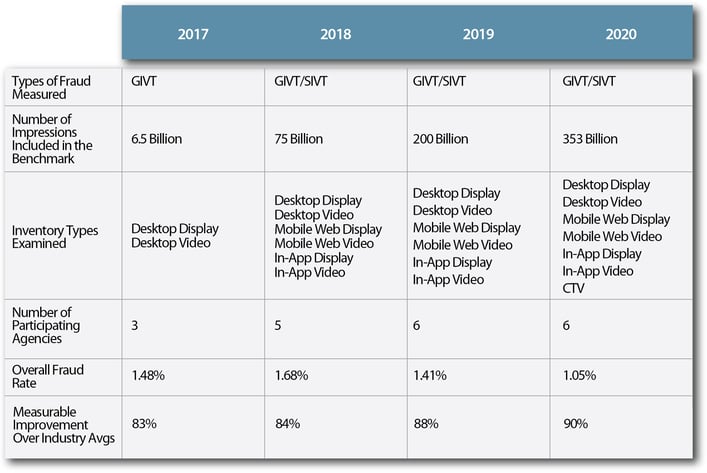 “Looking ahead, the insights and data points contained in the annual TAG Fraud Benchmark report will continue to help the industry better understand and adapt this vital program to strengthen its programs, better serve its members, and better protect the digital advertising ecosystem,” said Rob Rasko, CEO of The 614 Group. “These valuable findings have been made possible by some amazing individuals who contribute the data collected and analyzed in these reports, all of whom have our deep appreciation for their assistance.”

In addition to the statistical research, The 614 Group also conducted interviews with executives from several participating agencies and a major publisher to learn more about the best practices they have implemented and challenges they have faced through their efforts to fight ad fraud. Those interviews included executives with Dentsu Aegis Carat USA Inc., Horizon Media, Interpublic’s Kinesso, Publicis Media Exchange, WPP’s GroupM, and Viacom’s CBS Digital.

The 614 Group partnered with six agency holding companies and their MRC-accredited measurement vendors to collect and aggregate all impressions for campaigns that were executed during the period of January 2020 through August 2020. The analysis included campaigns across desktop (display and video), mobile web (display and video), and CTV channels. The study did not use sampling of any kind: 100% of all impressions given to The 614 Group were reviewed in the measurement.

The Trustworthy Accountability Group (TAG) is the leading global certification program fighting criminal activity and increasing trust in the digital advertising industry. TAG advances its mission of eliminating fraudulent traffic, facilitating the sharing of threat intelligence, and promoting brand safety by connecting industry leaders, analyzing threats, and sharing best practices worldwide. The 600+ member TAG community include the world's largest and most influential brands, agencies, publishers, and ad tech providers. TAG is the first and only Information Sharing and Analysis Organization (ISAO) for the digital advertising industry. This U.S. Department of Homeland Security designation means TAG is the primary forum for sharing threat intelligence in our industry.